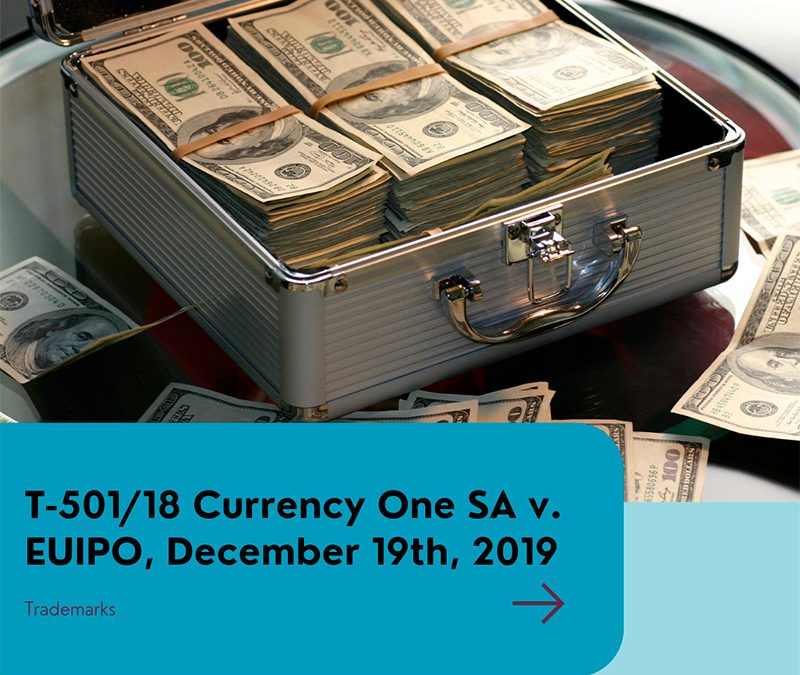 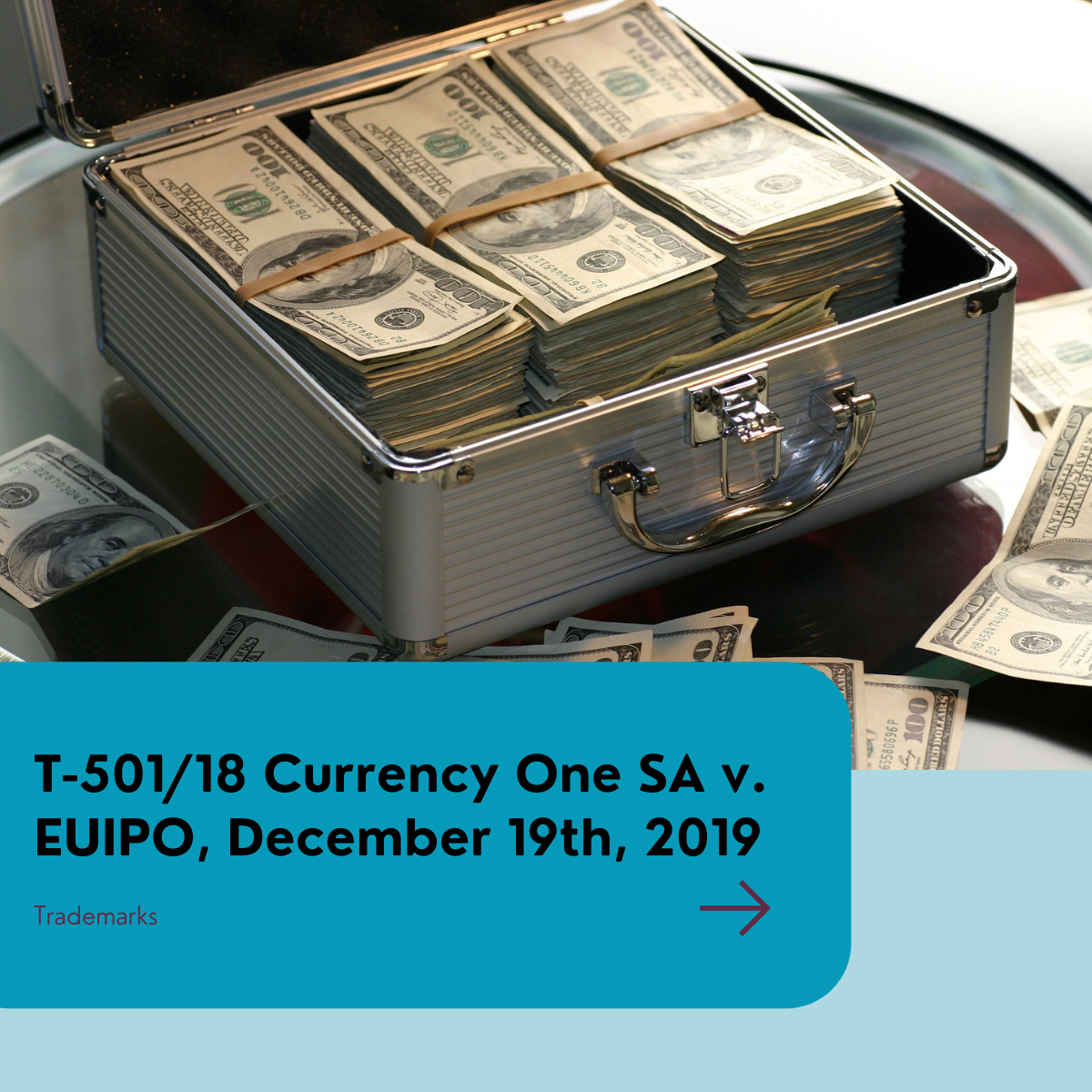 When the Cinkciarz were involved in illegal currency exchange in Poland

After the Second World War, the People's Republic of Poland was established in the country and governed by a socialist political system for the construction of a centralised and planned economy, which, among other things, led to the assumption of a monopoly on currency exchange. Even so, there were not few people who clandestinely engaged in illegal currency exchange activities, commonly referred to as cinkciarz in Polish, until such activity was finally legalised in 1989 when Poland opened the way to a new market economy led by Prime Minister Tadeusz Mazowiecki.

Since then, the term cinkciarz has been used to refer to any activity considered to be fraudulent, illegal or illicit in nature, while still retaining a certain allusive character with respect to foreign exchange services.

CINKCIARZ.PL SP. Z O.O. applied for the registration of the word sign 'CINKCIARZ' on 26 January 2015 at the EUIPO (EUTM No 013678991), finally registered on 15 June, for classes 9 (software), 36 (banking activities) and 41 (publishing of non-advertising texts) of the Nice Agreement. It was not until 22 December of the same year that CURRENCY ONE S.A. filed an application for a declaration of invalidity of the trademark, alleging descriptiveness of the said goods and services (on the basis of Article 7(1)(c) EUTMR) as well as lack of distinctiveness of the trademark (Article 7(1)(b) EUTMR).

In view of the rejection of that application for a declaration of invalidity and its subsequent appeal, the company CURRENCY ONE S.A., convinced that the registration of the word sign 'CINKCIARZ' was invalid, brought an appeal before the General Court of the European Union on the following three grounds:

The arguments put forward by the parties and the final decision of the General Court regarding each of the grounds are set out below.

What does the Polish term 'CINKCIARZ' specifically mean? While the appellant CURRENCY ONE S.A. argues that the word is used to refer to the profession by which a trader provides foreign exchange services outside the official circuit, which is why it should be able to be used freely for the designation of that profession, CINKCIARZ.PL SP. Z O.O. argues that the term in question has only a historical meaning in that it refers only to those persons who were engaged in currency trading during the time of the Polish People's Republic, and can in no way be used to designate the present-day activity of currency exchange.

In order to analyse the use and meaning of the term 'CINKCIARZ', the General Court recalls the twofold analysis of the assessment of descriptiveness:

The General Court concluded that, although the term 'CINKCIARZ' has a historical connotation which has been maintained over time up to the present day, now it is used solely for the purpose of emphasising its pejorative connotation 'which carries with it a negative idea of disparaging the person designated, namely a person who engages in trafficking, fraud or acts regarded as unlawful, in particular, but not exclusively, in currency exchange operations carried out clandestinely' (paragraph 46 of the judgment).

2º.- Infringement of Article 7(1)(c) EUTMR in respect of the other goods and services, as well as breach of the obligation to state reasons.

Since the General Court recalls that EUIPO has the power to adopt decisions on the basis of an overall statement of reasons following a case-by-case assessment, it confirms that the Board of Appeal of EUIPO complied with those parameters in the contested decision, since the failure to assess the descriptive character of the mark 'CINKCIARZ' in respect of currency exchange services necessarily entails the other goods and services for which that mark was registered.

Considering "CINKCIARZ" to be "a person engaged in illegal currency trading, a speculator, a swindler" (par. 76), as stated by the Board of Appeal, the General Court could only confirm its decision since the allusive or suggestive nature of the word trademark requires an effort of interpretation by the public, which denotes a peculiar character that makes it easy to memorise, thereby excluding any claim of lack of distinctiveness.

Once the General Court had analysed the three pleas, none of them was accepted by the Court and the appeal was finally dismissed in its entirety in the judgment of 19 December 2019, thus affirming the validity of the trademark registration of "CINKCIARZ".
Política de Privacitat | Política de cookies | Avís Legal